Our superb para-athletes were again basking in the sweet glow of golden success following some great performances on the international stage. Both at the Winter Paralympics in Pyeongchang and the Commonwealth Games in Australia’s Gold Coast, or if you like, from the ski slopes to the athletics arena, there were tales of sporting brilliance and determination.

We didn’t have to wait long to see the British flag flying in tribute to skier, Millie Knight and guide, Brett Wild, as they secured ParalympicsGB’s first medal of the Games. This incredible pair clinched Silver on the first day of competition performing brilliantly in the Visually Impaired Downhill, finishing 0.86 seconds behind eventual winners, Henrieta Farkasova and guide Natalia Subrtova from
Slovakia.

This was ParalympicsGB’s best medal tally at a Winter Paralympics since 1984, earning 13th place in the medal table. USA eventually topped the table with 13 Golds and 36 medals in total. 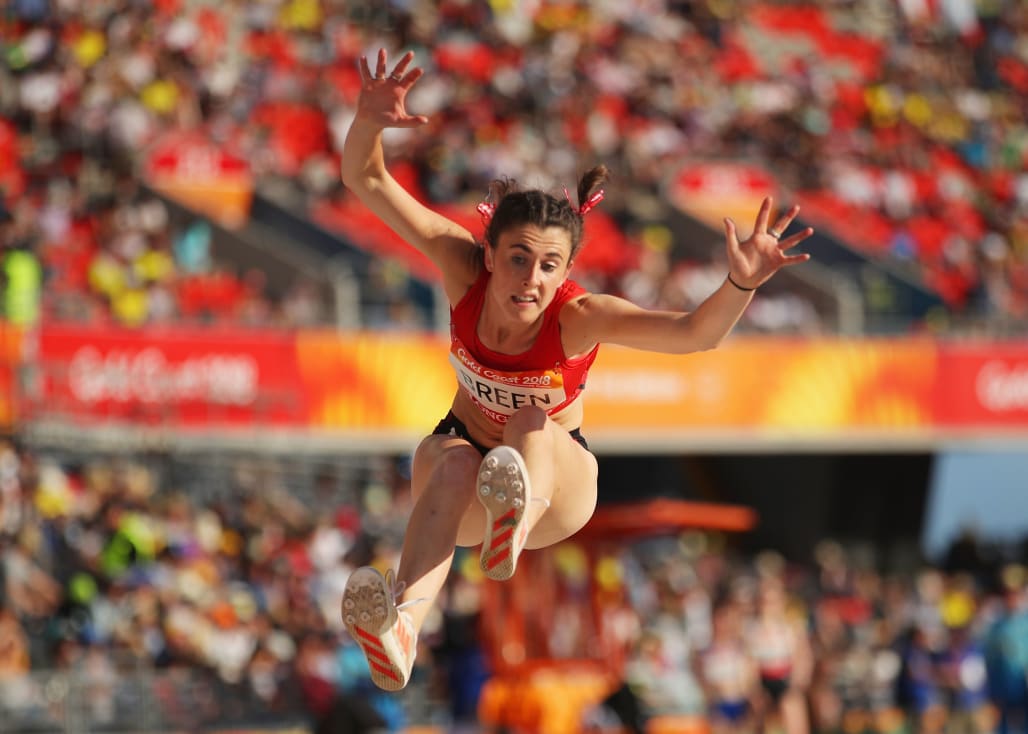 Australia’s Gold Coast will live long in the memory for Team England athletes with 16 of their 41 para-athletes returning home with medals. National team totals involving all athletes saw England finish second in the table with Wales in seventh position having won 36 medals, 10 of those Gold.

Scotland were a place below with 44 including nine Gold, while Northern Ireland were 20th claiming 12 medals including one Gold.

Team England’s flag bearer, Jade Jones-Hall was chosen because of her incredible efforts in both the Para-triathlon and T54 Marathon. The Teeside hero was dominant in the Triathlon, leading from start to finish in the 750m swim, 20km bike and 5km wheelchair race. She secured a winning margin of nearly two minutes over Australia’s Emily Tapp.

Jones-Hall was also a very impressive third in the Women’s T54 Wheelchair Marathon, won by her great rival, Australia’s Madison de Rozario. Speaking about her Bronze she said: “I’m really happy, all my training was focused on the Triathlon so anything else was a bonus.”

Both Olivia Breen and Hollie Arnold played leading roles in helping the Welsh team reach a total of seven medals in the Games. Breen powered her way into the record books in the T38 Long Jump on day one, recording a fantastic leap of 4.86m on her sixth attempt to land Gold.

One of the standout moments of the Games involved Arnold who saw her world record broken in the Javelin, by New Zealander, Holly Robinson. She recorded a throw of 43.32m – so 23-year-old Hollie calmly warmed up and grabbed it back with her final attempt, reaching 44.43m to take the Gold medal.

Para-cyclist, James Ball landed Wales’ first medal, thundering to Silver in the Men’s B&VI 1,000m Time Trial at the Anna Meares Velodrome. He was joined by England’s Sophie Thornhill and pilot, Helen Scott who smashed their own world record, to win Gold in the Women’s Blind and Visually Impaired 1,000m Time Trial. Sophie then snatched Gold in the B&VI sprint to complete a clean sweep.

Maria Lyle held off the Australian challenge of Brianna Coop to secure a Silver in the Women’s T35 100m. The 18 year-old who has cerebral palsy was backed by her mum who was cheering in the crowd. She told the media modestly: “I don’t get many opportunities to wear the Scotland vest so I’m really pleased to win a medal.”

Northern Irish swimmer, Barry McClements set a new personal best in the heats of the Men’s S9 100m Freestyle, with a time of 1:00.93. It left him fourth in his heat and seventh overall for the final. In fact, seventh was where he finished, bettering his previous best by recording 1:00.34.

Congratulations to all our athletes for a wonderful start to 2018.

Channel 4 Strengthens guidance for portrayal of disability on TV

Changing Lives in an Electric World

You Know We Belong Together