Able Magazine spoke to former Birmingham City footballer and Paralympics GB’s cerebral palsy team captain Jack Rutter at the Community Shield on Sunday 5th August regarding his work with the grassroots awards and what he’s up to these days in his coaching role at the FA and as a McDonald’s Sport ambassador. 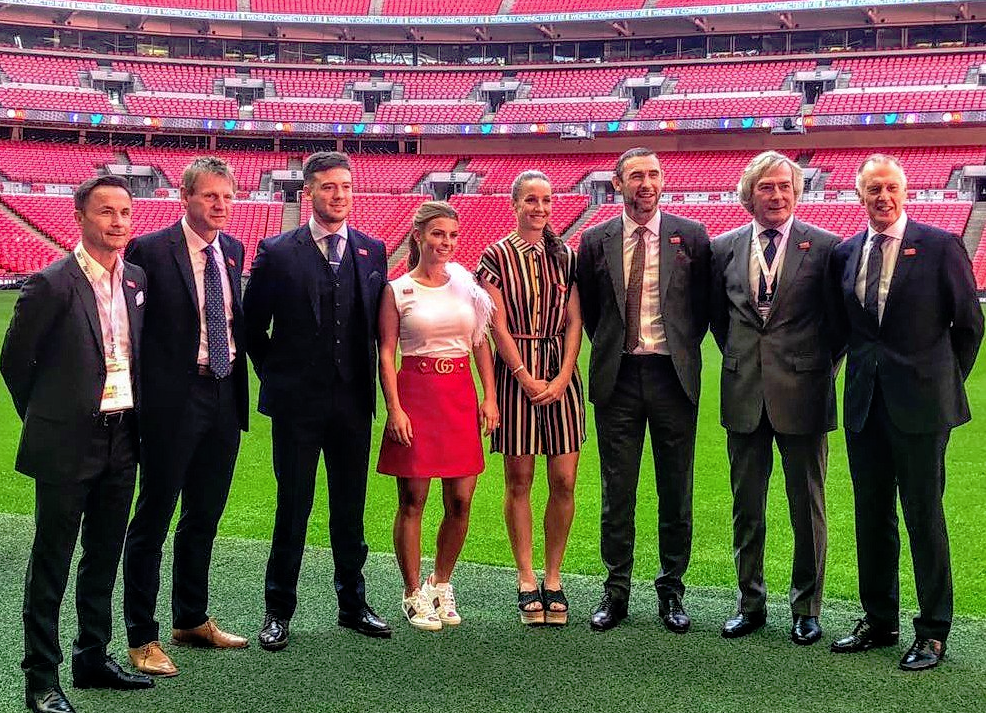 Can you tell us more about the Community Shield event and your role at the awards?

Amazing and is that across the UK?

“It was held today at Wembley the Community Shield Final, obviously Chelsea are playing against Man City so before the game we will hand out awards, there will be a Volunteer of the Year, Coach of the year, Team of the Year among other amazing awards presented by our ambassadors. Today we’ve got Sir Jeff Hurst, Martin Keown, Casey Stoney amongst others so it is a really fun day.”

Are you able to tell us a little bit more about the award ceremony – you will be presenting an award ahead of the game I hear?

“I will hand out the award for respect for the team that I believe was the most respectful this year, but it is also about inclusivity so I am presenting the award for those who have created opportunities for teams to play regardless of gender or disability.

The FA and McDonalds provide an amazing opportunity for all sorts of different players to play the game and there are now teams available for people who are in a wheelchair, or who have problems with sight or hearing or the team that I used to captain the Paralympic Cerebral Palsy team. So my award is all about the team that has shown the most respect and all-inclusivity towards players.”

What are your thoughts on the current status of disability football at the moment?

“I think it is very, very strong and of course it can always get better but I will just mention a few teams – the FA have an elite team in all of those teams, including power chair, blind, partially sighted, deaf, cerebral palsy, there’s an amputee team; so there are all sorts of teams that are available for people to play at elite level.

There are also grassroots clubs available for people to get involved with, all you need to do is go to your local football association website and contact your disability officer through either calling or emailing them and they will be able to point you in the right direction to join a league which caters for your disability.”

So you feel at the moment there are a lot of opportunities and more awareness of disability football?

“Definitely, it is on the up – when I first got involved in cerebral palsy football at the back end of 2012 there wasn’t a great deal of awareness, you didn’t hear about it, it wasn’t in the media and now it is much more out there.

The FA did a video on myself about my story and another player James Blackwell; so it’s all about promoting disability sport and now there are all sorts of different teams available which is fantastic.

No kid should be told you can’t play football it doesn’t matter what disability you have or what gender you are, you should always be allowed to play football.

I do feel like we are a leading country in that way so hopefully, it goes from strength to strength.”

What are you up to these days in your coaching role in the FA and as a McDonald’s ambassador – could tell us a bit more about your roles?

“Yeah so I’m an Ambassador for McDonald’s, where I’m at the Community Shield today which is an amazing opportunity, it is unbelievable working at Wembley stadium with the other ambassadors. We are also doing a drop in coaching session to get involved in the community football days which are also unbelievable.

We have actually just signed a new deal with all four of the football associations where we are pledging to provide all 500,000 players the opportunity to play football as well as 5 million hours free up and down the UK, so we are supporting that which is brilliant and also coaching the England under 21 Cerebral Palsy which has been amazing so far. We had two victories against Holland last week 4-1 and 2-0 over there which is brilliant.

I have an opportunity to work as a motivational speaker at events and coach at the University of Gloucestershire as well so I have plenty of opportunities available to me now I have stopped playing.”

“Yeah very busy I have about 7 part-time jobs but I wouldn’t have it any other way it keeps me on my feet!”

What are your predictions for the game Man City versus Chelsea?

“Well everyone is going to say Man City because obviously of their success last year, Guardiola is arguably the best manager in the world but I just feel with the new manager involved at Chelsea they are the players that have more to prove, I feel Chelsea are a great cut team so I do feel like Chelsea are going to nip this game 1 – 0.”

That is fantastic I feel I have a flavour of what is going on to today at the Community Shield and I hope that everything goes well. Thanks again.