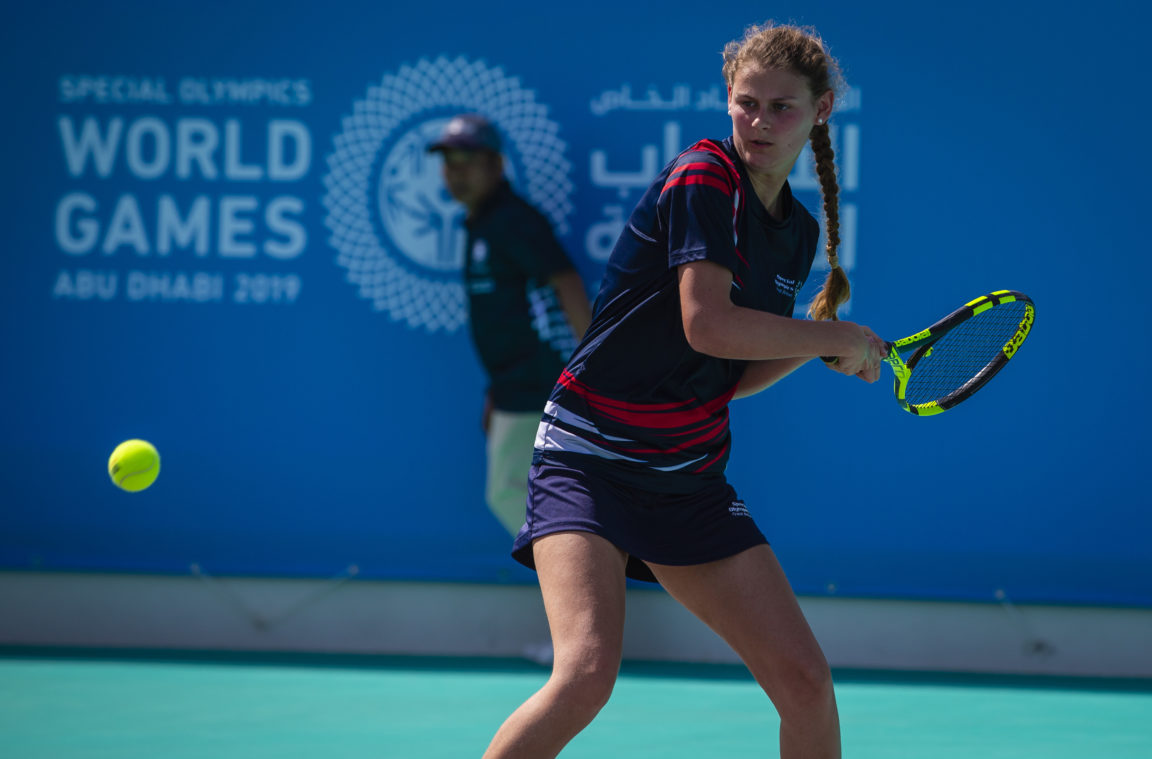 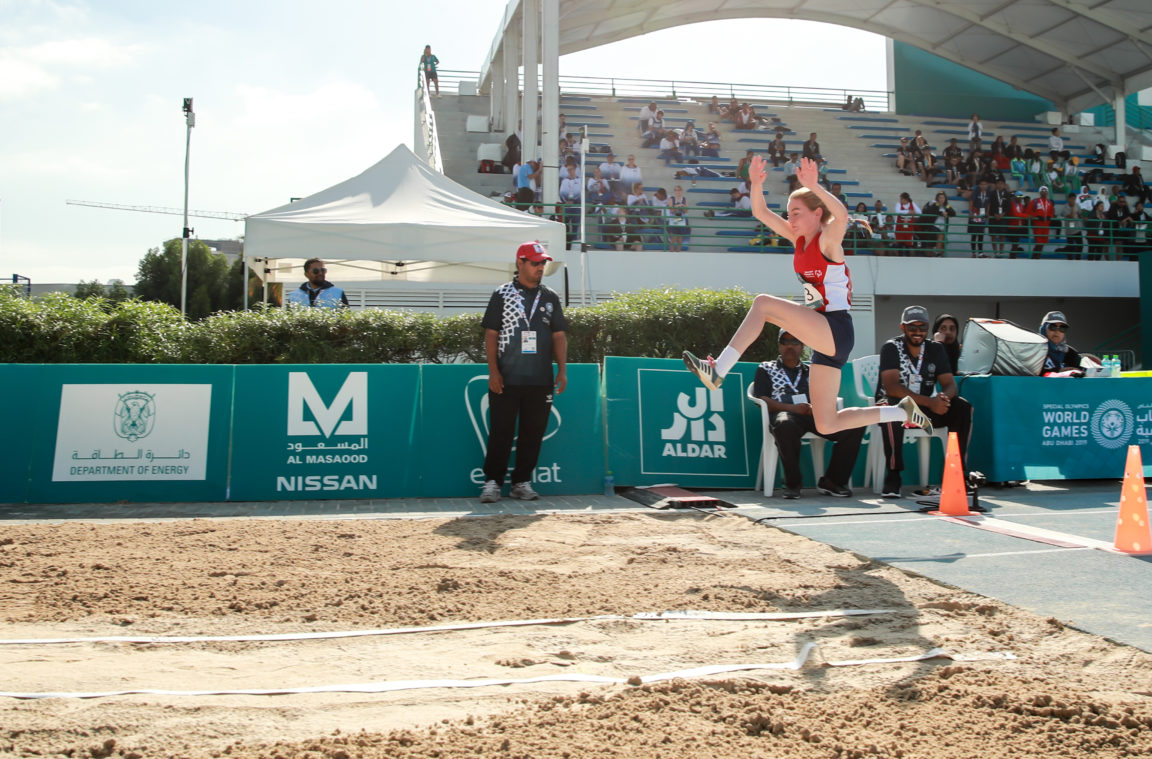 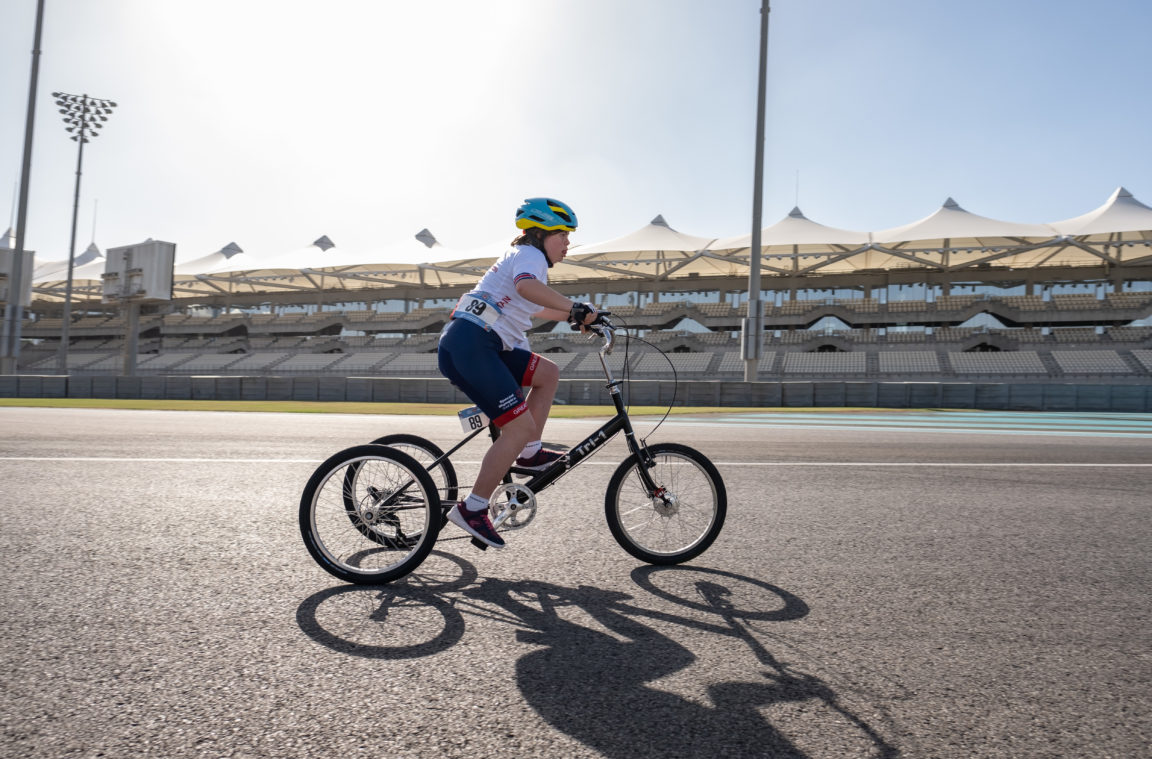 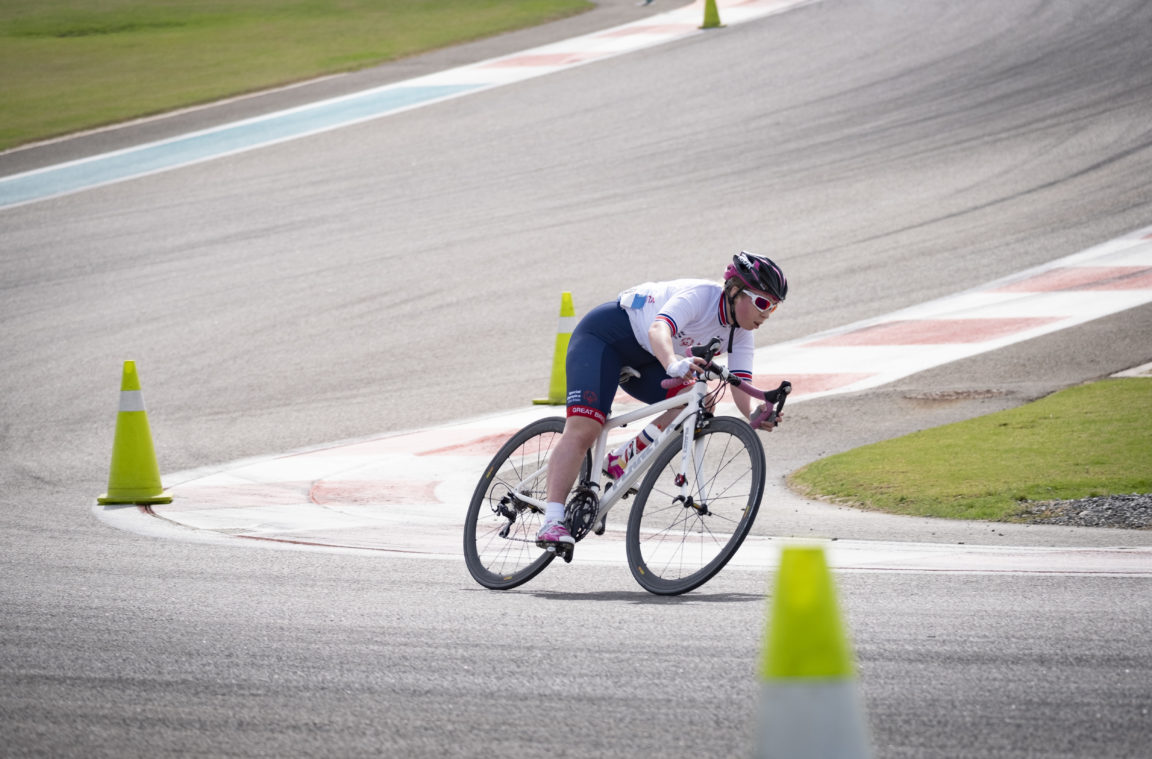 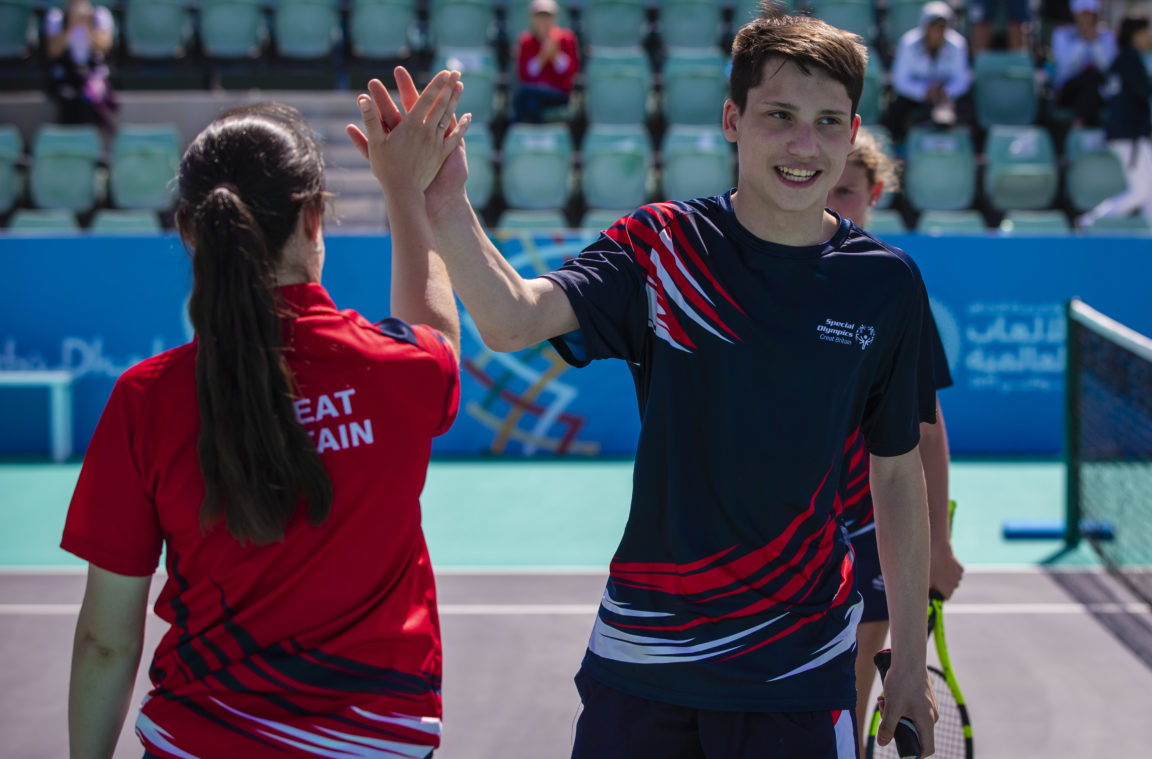 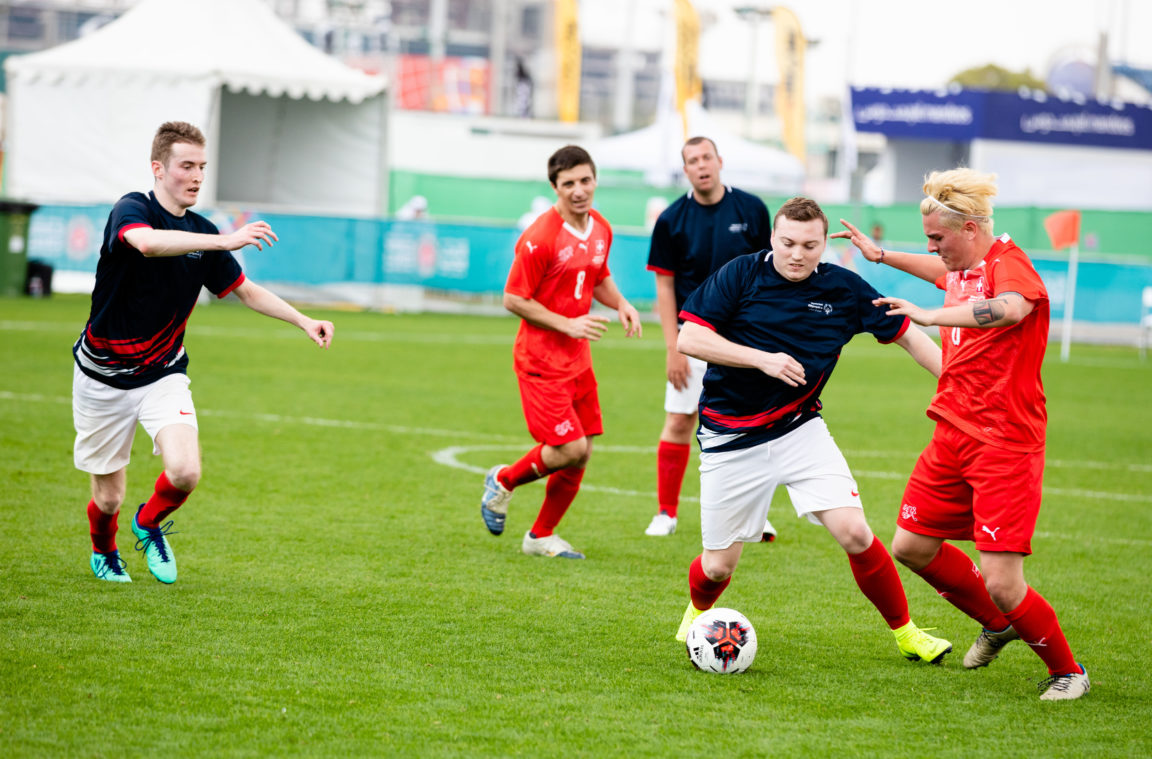 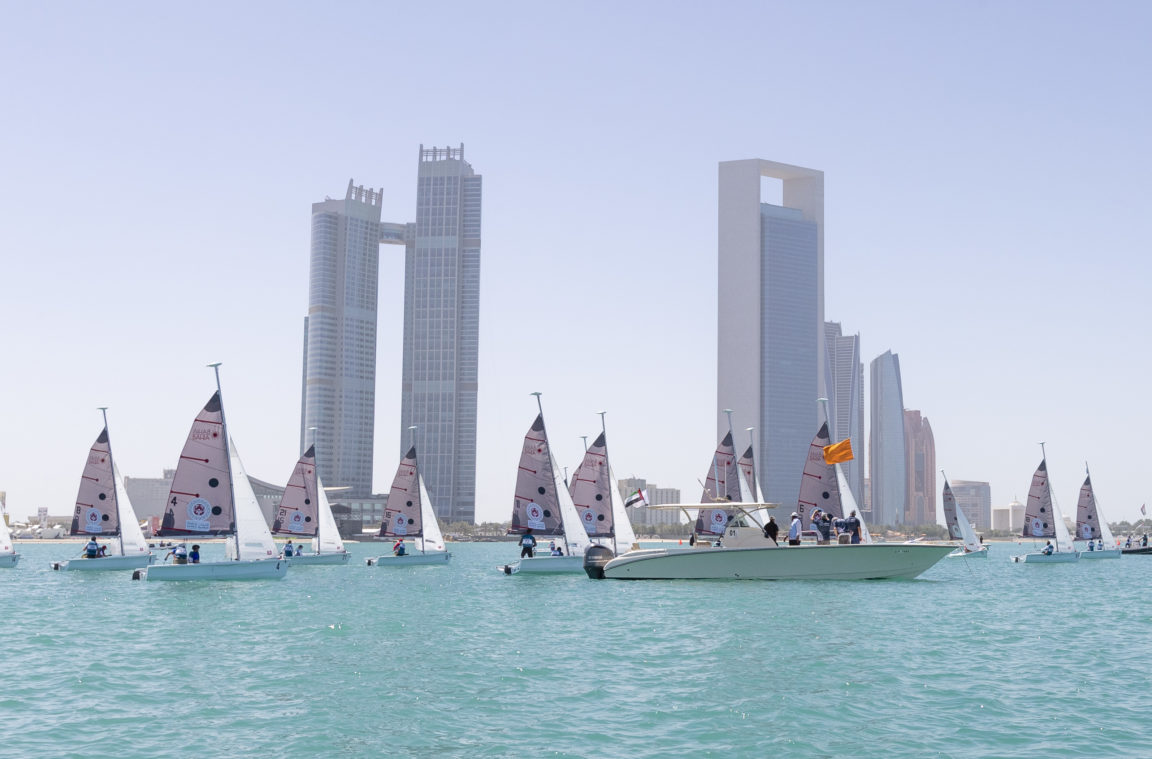 The Special Olympics World Games Abu Dhabi 2019 will draw a close this evening amid a flurry of medals for the Great Britain team. The GB team will come home with 169 medals, 63 of them gold for the 128-strong squad.

Special Olympics GB medalled in all 17 Olympic-style sports in which it competed. Notable performances included defending the men’s 7 a-side football crown; three more golds for Kiera Byland, the Laura Kenny inspired cyclist (to add to the three that she won at the Los Angeles World Games in 2015); two golds (mixed doubles and singles) for Islington tennis superstar Lily Mills, and a gold on the athletics track for Ipswich 200m runner Hetty Bartlett.

There were also dominant performances on the judo mats – where the seven-strong team all won medals. This included golds for 17-year old Skye Westwood, Daniel Henaghan (whose sister Denise won bronze) and Harrison Lovett, who spectacularly defied the doctors who had told his parents when he was three that he would never be able to walk.

The 2019 World Games, the first Games to be hosted in the Middle East, has been the biggest and the most unified in the entire 50-year history of the Special Olympics, involving people with intellectual disability in every aspect of the event. This year has also seen more women compete in the Games than ever before.

Commenting on her victories, Lily Mills said: “I’m really proud to be taking home two gold medals for GB at my first ever World Games! I love tennis and have worked very hard to be able to compete with these amazing Special Olympics athletes in Abu Dhabi. When I first wanted to get into tennis, a lot of coaches thought that I wouldn’t be able to perform or even pick up a racket. Now here I am with two World Games gold medals and can’t wait to show them off to my friends and family when I get home!”

The World Games are about far more than medals though. The ‘inclusion revolution’ is the mantra for the Special Olympics movement, and the importance of being unified and breaking down the barriers between those with and without intellectual disability was highlighted throughout.

Jacqui Byland, Kiera Byland’s mother, said: “The Special Olympics has broadened Kiera’s horizons and given her so much confidence. Looking back, my daughter was so unhappy. She was being bullied and would leave school crying, and she started to self-harm as a mum it was unbearable. I was in bits, I just didn’t know what to do or how to stop it. We moved schools, but it was only when we got her into sport that things started to truly change.

“To us, the World Games is more than just an athletic event that our daughter competes in every four years. Without the Special Olympics, Kiera would be a different person and would never have done many of the things she’s done.

“It is an inspiring movement and has changed our family’s lives but to be able to make the same impact for other families, more people need to know about the Special Olympics and the initiatives it offers to aspiring athletes with intellectual disabilities in the UK.”

The team’s glory follows a good luck message from The Duke of Sussex, who sent a message to the Special Olympics Great Britain team on the eve of the Games.

Disabled sailing centre of excellence expands services thanks to £23,400 grant

WheelPower are hosting their annual National Junior Games this September

The Panathlon Challenge comes to The Children’s Trust