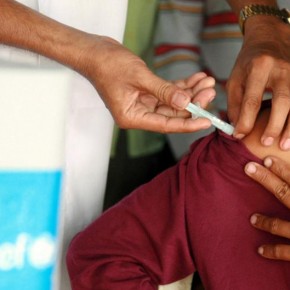 If vaccines get too warm, health workers have to throw them away. So researchers are trying to design vaccines that can withstand heat. New nanotechnology could be the trick.

Health workers have to keep vaccines cool at all times – from the moment of their production until they are administered by injection or in other ways.

“This is one of the reasons why we’re still unable to vaccinate many children against diseases, which have been wiped out in developed countries – polio, for example,” says Sebastian Dietrich, a physician working with Doctors without Borders. “We just can’t get the vaccines to very remote areas while keeping them cool.”

Dietrich and his colleagues have to get the vaccines through customs before they go bad, and they have to find storage rooms with good refrigeration, or transport the vaccines by car to remote areas, where there may not even be electricity.

fuelService and Shell Go make it easier to fill up