National Diversity Awards - Better Than Ever

Friday’s National Diversity Awards (NDA) ceremony was held in the magnificence of Liverpool’s Anglican Cathedral. The NDAs are based in Liverpool and it felt like a joyful homecoming as some of the leading lights in diversity assembled together in one of the UK’s most famously diverse cities.

The NDAs take on the incredible task of producing award shortlists from over 20,000 nominations so it’s certainly not a platitude to suggest that all of the nominees had already done very well. 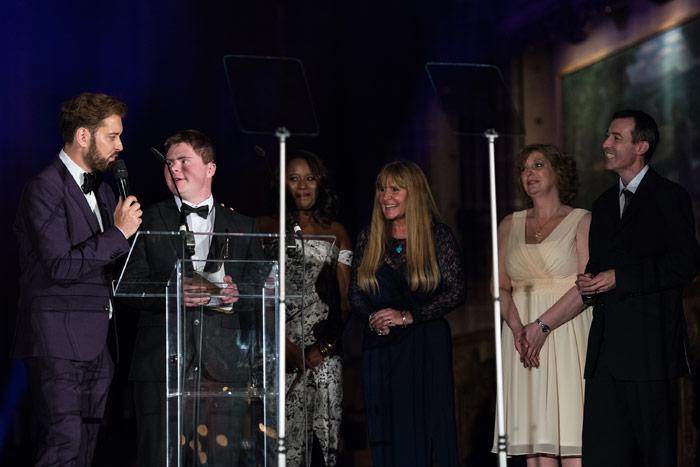 In a short but moving speech, Oliver thanked his fans and remarked that just because he has Down’s Syndrome that “It’s not the end”. Indeed, far from it; Oliver continues to gain admirers as a result of his passionate approach to life and in particular, photography. He is about to publish a new book of his work.

Able Magazine, as the UK’s favourite disability lifestyle title heartily supports the NDA’s which continue to inspire not only disabled people with great stories such as Oliver’s but also the wider community in its fullest diversity. Tom Jamison said: “We’re always excited about the NDA’s. It’s the sort of event that reminds you that there are good people and organisations that really want to make a difference to people’s lives. So much of what we see around us is about shortages and cuts but the National Diversity Awards evening is a thoroughly positive experience and fits in really well with our own positive ethos” adding: “We’re again thrilled to have been involved and on a personal note, it was wonderful to hear so many success stories where disabled people have achieved so much”.

Oliver’s was one of many inspirational stories represented at this year’s event which continues to be an uplifting highlight on the diversity calendar. 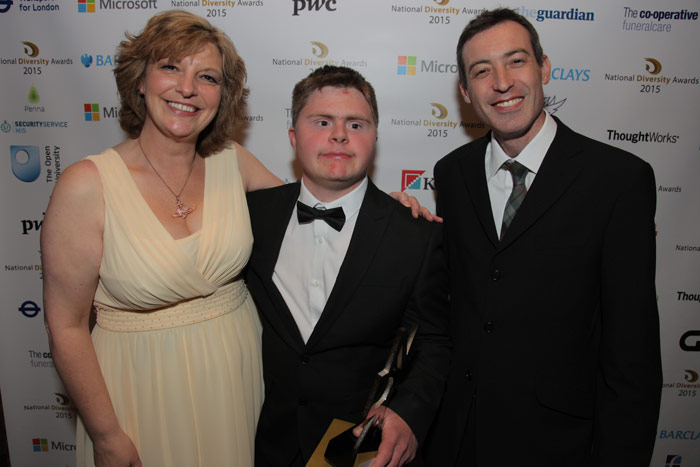 Later on in the evening the ‘Community Organisation: Disability’ award was scooped by Havering Dementia Action Alliance, an organisation working towards changes for people living with dementia. This extraordinary charity is making an immense difference to people in all aspects of their lives from accessing libraries, changing Human Resource policies at work to helping re-design a Crossrail station.

TV Star, Brian Dowling and ITV News Presenter, Charlene White united to host what are now the UK’s largest diversity awards in front of an excited gathering of hundreds of guests and nominees.

Founder of the NDA’s Paul Sesay commented: “The grassroots organisations that The National Diversity Awards recognise are pioneering amazing initiatives on equality diversity and inclusion; and we need to promote, empower, profile and acknowledge their extraordinary achievements.”