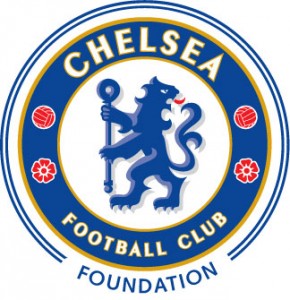 Football lends itself so well to diversity that more and more clubs for disabled people are popping up. We spoke with Disability Inclusion Officer, Rob Seale at Chelsea FC Foundation, who told us about a new initiative for players with Down’s syndrome.

People often think of football as a cutthroat environment focused on winning at all costs. Actually, it’s still very much the peoples’ game and organisations such as the Premier League are helping clubs with funding to make it a sport that anyone can participate in.

The Staines area in Southwest London had been identified by Rob as having little provision for people with Down’s syndrome that wanted to play football and so with help from the Premier League’s Inclusion Project funding, set up the Chelsea Community Lions Football Club. Rob explained that they already had a relationship with Matthew Arnold School in Staines (where Chelsea FC already runs a college academy) and who were also able to provide facilities for the new project, saying: “When we explained what we’d like to do in opening up a brand new centre for footballers with Down’s syndrome they were very keen to support us. They’ve been going very well since they started and numbers have been growing every week.”

Rob Seale has been involved with other disability focused projects before but explains that providing opportunities for people with a variety of disabilities is a challenge. “We started off our sessions as ‘pan disability’ so within one team you’d have a mixture of all disabilities; some would be deaf and some would be visually impaired and what’s really nice is when you see those players working together – so one might say “he’s my eyes” with another saying “he’s my ears”. (But) we find that certain groups prefer to play with players with a similar disability to themselves”.

Of course it would be a lot easier to have just one or two programmes for disabled people but Chelsea FC are keen to get people playing football, no matter what their age or abilities. This isn’t talent identification, rather it’s about identifying where there’s a need for provision and working out the correct programme.

Although it’s early days for the Chelsea Community Lions, they’ve already started to look around for other teams to play against and make the experience richer for the players. “We are aware that Fulham have a team, as do Queen’s Park Rangers, and I’m also aware that there’s a national tournament that takes place in the summer which is held at a central venue and all of these teams come together from across the country and play against each other” says Rob.

Of course, for the players, part of the joy is the pride taken from being involved in a small way with Chelsea Football Club. Even though this is a project run by the charitable wing of the club (the Chelsea Foundation), it still means a lot.

“We understand how powerful the Chelsea brand can be and how much of a difference to someone that can make. It really does so much for the players’ self esteem and confidence and we really do see over the weeks, a massive change in these individuals’ characters and the way they are – and how much something like that and the presence of a Chelsea Foundation coach can make.”

Feedback from the players, parents and coaches is very positive about all aspects of the scheme. Rob explains to me that parents tell him about how they’ve seen increased confidence amongst participants and their belief that it has even led indirectly to better grades at school and the development of friendship making skills and the like. Sports Manager, Scott Pollington Woods at the DSActive (Down’s Syndrome Association) agrees, saying: “The Foundation has rightly gained a sterling reputation within disability sport and it’s fantastic that they have been able to extend their already broad disability programme to offer this fantastic opportunity.”

Perhaps if there was a trophy for disability inclusion Chelsea would win that too. What is certain is that sport and football in particular, is a great vehicle for getting people of all abilities to experience the pride of being part of a team and the joy of an expanding circle of friends. Perhaps that’s why it’s called the beautiful game.

Do you need help to communicate? Then perhaps the Sequal Trust can help…