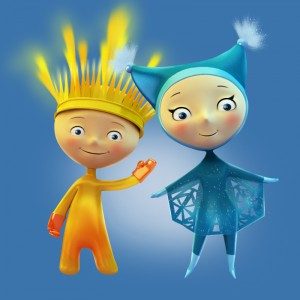 It seems that every Olympic and Paralympic host nation these days has to go through the pre-Games tradition of jitters and controversy regarding readiness and suitability to take on the Games. Sochi in Russia is no different.

There have been reports that with average temperatures of 10°C in Sochi during February, that there won’t be enough snow on the ground by March. This was also a fear expressed before Vancouver 2010 and indeed the organisers have taken this seriously, employing 400 ‘snow machines’ and are reputedly ‘stockpiling’ snow – as they have been since February last year.

There are also concerns that seats will remain empty and tickets unsold. The fact that the city of Sochi is nestled between the Caucasus Mountains and the Black Sea doesn’t favour a large turnout but then this is also something of a tradition with Winter Games. Again, there are several schemes in place to ‘fill’ the seats, if only to ensure atmosphere and a backdrop to the sports.

Of deeper concern are Russia’s new laws banning “propaganda of non-traditional sexual relations”. In other words, talking about homosexuality. Again, there were plenty of dissenting voices talking about attitudes towards human rights in China (Beijing 2008) and worries about how athletes, spectators and the international press might be treated during the Games. One of the key differences, despite international condemnation, is that Russia continues to openly defend their policy. Sports Minister, Vitaly Mutko, said in August that the anti-gay propaganda law would be enforced. Although serious, this is still rather vague; after all, journalists have a guaranteed right to report on the Games without interference or intimidation under the Olympic Charter.

Curiously, this has become a bigger controversy than Russia’s attitudes towards disabled people that, whilst improving, are still some way behind what would be deemed acceptable elsewhere. Critics immediately point out that it was Russia that refused to host the Paralympics in 1980 after having hosted the Summer Games – the sinister reason they gave at the time was because they didn’t have any disabled people.

A promising sign of the times is that Russia will be represented by 62 disabled athletes in Sochi and in fact, have already shown themselves as a committed and competitive nation, particularly in disciplines such as biathlon, where they excel. Denise Roza, director of Perspektiva, a non-governmental organisation that works to increase opportunity for disabled people in Russia, has been quoted as supporting this new confidence saying: “There has been lots of change for people living with disabilities in the past 10 years, and even more in the last three. The Russian government has been much more serious about it, and I think the Sochi Paralympics will help raise public awareness and contribute to maintaining positive change.”

It may be a case of ‘one step at a time’. Despite his statement on the anti-gay laws, Mutko is also the Russian human rights ombudsman and president of the Russian Paralympic Committee and has praised disabled athletes saying: “You are truly courageous people, and I am convinced your performances will inspire many.”

Measures to improve the lives of Russia’s disabled people began in earnest during 2008 when Russia signed the United Nations Convention on the Rights of People with Disabilities. This was a year after Sochi had been selected as a host city – perhaps a nod to the positive influence that the Games can achieve.

The Olympic and Paralympic Games are something of a bubble. Inside the athlete’s village conditions and wellbeing of athletes are paramount and any slip-up could be highly embarrassing. An example of the efforts being made is that a third of the Olympic bus fleet that will take athletes around the stadia will be accessible – that’s 300 buses. Outside of the Games, particularly once the closing ceremony has finished, is of course, a different matter.

After the Games, the promises of the host should continue to unfold although inevitably they will tend to lose some impetus as time goes by. In Russia’s case, one of the more interesting for disabled people will be the aim to make 45% of public transport facilities accessible.

In the meantime the longest ever Olympic torch relay snakes itself across the vast country. By the time the torch reaches the opening ceremony it will have travelled 40,000 miles and passed through all 83 regions of Russia and again, I’m happy to report, it will have passed through the hands of more than 300 disabled torch bearers along the route.

The Olympic ideal is not to homogenise the nations of the world through sport. It is to explore our differences through sport and learn to accept them. Saying that, it is not acceptable to ignore prejudice and injustice. Naturally, if Russia had introduced laws prohibiting the rights of disabled people, there would have been a major problem with them hosting the Winter Paralympics.

The answer might have to be some form of compromise. Granted, a compromise rarely pleases everyone but the issue needs to be highlighted and dealt with. Sport shouldn’t be political but, of course, operates in a political world. In some ways, the fact that the Russian authorities have determined to display their homophobia is good news. It would be as bad to hide it and pretend that homosexuality doesn’t exist (as was the attitude towards disability in 1980). The political (and sporting) road ahead might be rocky for homosexuals in Russia but at least the conversation has started. Positive change can only be denied for so long. 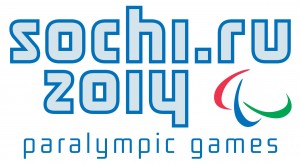 The Winter Paralympics is focussed on just five disciplines

The fast paced and highly physical nature of Ice Sledge Hockey makes it one of the more popular Paralympic events. Players use a low sledge with two steel skates, using two ‘sticks’ both with a ‘spike’ end to propel themselves and a ‘blade’ end to strike the puck.

The game was first played in Sweden and became an official Paralympic discipline in Lillehammer in1994. Players have a permanent physical disability of the lower limbs and was an all male sport until Vancouver 2010 when women were invited to join teams, making them mixed.

The USA are current Paralympic champions but were pushed into second place by Canada at the 2013 World Championships with Russia third. Scandinavian countries traditionally do well in the sport.

GB failed to qualify for Sochi and have not made an appearance since Turin 2006. (They came fourth in Lillehammer in 1994.)

Wheelchair Curling has been part of the Winter Paralympics since Turin 2006 when GB won a silver. The sport is played with the same granite stones as the able bodied version; in fact the only difference is that there is no ‘sweeping’ of the ice as the stone travels towards the target (known as the ‘house’.)

Some curlers throw by hand whilst others use a delivery stick that grips the handle of the stone and allows players to select appropriate force and rotation.

Eligible players have lower limb impairment and usually require a wheelchair for daily mobility. Teams are obliged to be of mixed gender.

Canada are current World Champions and have won gold at the last two Paralympics – Sweden has won both bronzes. GB are in a promising position – Scotland won silver in the World Championships in 2012.

This is a combined event that includes skiing and rifle shooting and includes categories for standing, sitting and visually impaired competitors.

Visually impaired athletes ski with the aid of a sighted guide and use a rifle that produces a sound to alert the athlete to how accurate their aim is before shooting a laser beam at the target. (All of the rifle shooting is done from a prone position.)

The discipline is all about power, endurance and precision so it’s little surprise that, for example, the US team has members that previously served in the armed forces. Despite this it’s Germany and Russian that have historically been the outstanding teams.

Depending on the region, there will be short, medium and long courses from 2.5kms to 20kms long with a time ‘handicap’ applied to all classifications used to decide the winner.

Traditionally the sport has been dominated by Russia and Ukraine. (Russia won seven gold medals in the cross country events in Vancouver 2010.)

Making its debut in Sochi 2014, the snowboard event will see standing competitors go down a course of between 100 – 240 metres long.

This is one of the older sports featured in the Paralympics, having been developed for German and Austrian veterans of the Second World War. It was a foundation event at the first Winter Paralympics in 1976

There are classifications for standing, sitting and visually impaired competitors who compete in five different sub-disciplines:

Downhill – With a vertical drop of 400-800 metres this is a speed time trial navigating through gates.

Super G – Less technically challenging than the other Alpine skiing events, the Super G still takes athletes through gates and down a vertical drop of 400-600 metres.

Giant Slalom – Fewer turns than a slalom but straighter that the Downhill over a vertical drop of 300-400 metres.

Slalom – Although the vertical drop is just 140 metres the course is staged on deliberately ‘iced’ ski runs making it the most technical Alpine skiing discipline. There are usually two courses (of up to 75 gates each) with the winner selected by their combined time.

Super Combined – A combination of either Slalom and Super G or Downhill and Slalom. Competitors go down each run twice.

The best thing on telly!