To celebrate International Women’s Day we’ve put together a top ten list of some of Britain’s most influential women with disability within the world of sport, the arts and politics.Some people may see disabilities as a limitation. However, there are others who see these disabilities, not as a limitation, but an opportunity. A chance to strive for more and accomplish what many only dream of. Today we celebrate the women who have truly inspired generations today to achieve their goals and push for change. 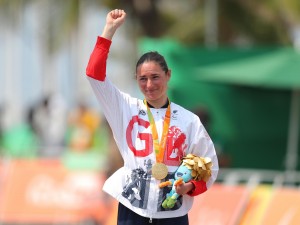 Sarah was born in Manchester without a functioning left hand after her arm became entangled in the umbilical cord in the womb and her hand didn’t develop as normal. She is a multiple gold medal winner at the Paralympic Games in both cycling and swimming. Her total of fourteen gold medals makes her the most successful female British Paralympian of all time. 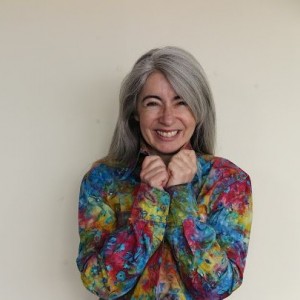 Dame Evelyn Elizabeth Ann Glennie,CH, DBE is a Scottish virtuoso percussionist. She has been profoundly deaf since the age of 12, teaching herself to hear with parts of her body other than her ears.

This does not inhibit her ability to perform at an international level. She regularly plays barefoot during both live performances and studio recordings to feel the music better. 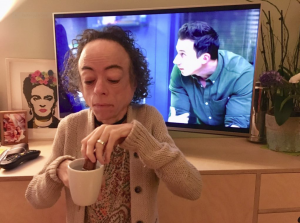 Lizz Carr is a British actress, comedian, broadcaster and international disability rights activist, who studied law at the University of Nottingham. Carr has used a wheelchair since the age of seven due to arthrogryposis multiplex congenita.

She is frank about her life as a disabled person and the inherent comedy that brings. Liz has been a disability rights campaigner in the UK and has spoken at many rallies. In May 2008, she joined with ADAPT, a prominent disability rights group in the United States, to raise money and to protest against presidential candidate John McCain’s refusal to support the right of people with disabilities to live in their own homes. In 2011, Liz was part of a Newsnight debate on the controversial issue of assisted suicide, following the BBC’s screening of Terry Pratchett: Choosing to Die. In September 2016, her controversial stage show Assisted Suicide: The Musical premiered at the Royal Festival Hall. The show chronicles her own journey as an act 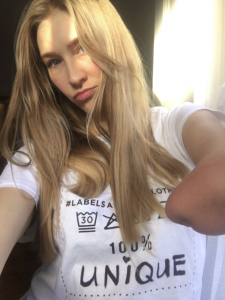 Kelly is Britain’s leading disabled fashion model and a dedicated and passionate advocate for diversity in fashion. Over the course of her career she has worked hard to pave the way for others and offer inspiration to those who need to develop confidence in the face of negative attitudes towards disability. In early 2016 she co-founded the Diversity Not Disability campaign to promote equal opportunities for models with disabilities.

Since beginning her career as winner of BBC Three’s Britain’s Missing Top Model in 2008, Kelly has graced the covers of Marie Claire UK and DIVA, been photographed by the world-renowned Rankin, and supported charitable causes, including the Models of Diversity campaign, United Response’s Postcards from the Edges and Reach. Kelly has also had great success on the catwalk. She has spread her message of diversity and drive internationally and across various cultures and social movements; from opening Pakistani Fashion Week and appearing as a “human mannequin” for the UK’s favourite corset store, The Fairy Gothmother, to working with photographer Tony Briggs. Other notable appearances include being one of Gok Wan’s “Gokettes” in two series of the popular television show How To Look Good Naked. Kelly has also worked for Debenhams and is now programme co-ordinator at Shape Arts. In August 2016, she was shortlisted as Celebrity of the Year at the National Diversity Awards. 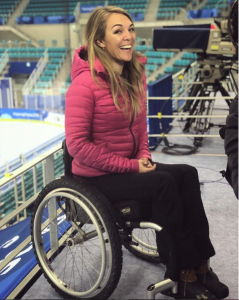 In 2003, a car accident left Sophie Morgan paralysed at the age of 18, which while undoubtedly life-altering, has not stopped her from becoming one of the most multi-faceted young talents in the UK. While adapting to life as a wheelchair user, she enrolled to study Fine Arts at Goldsmiths College, which has led to her work as a celebrated portrait artist and designer. Her work has included 2013’s Mannequal, a stylish wheelchair design to be used for a mannequin in display windows. It was showcased in the shop windows of both Adidas and Debenhams. In 2004, just nine months after her accident, Sophie signed up for the BBC 2 reality TV series Beyond Boundaries, which follows 11 disabled people on a gruelling 220-mile expedition across Central America. She was a lead presenter for Channel 4’s TV coverage of the 2016 summer Paralympics in Rio de Janeiro, having also worked as a presenter for the 2012 Paralympics in London. In 2008, she was instrumental in challenging boundaries within the fashion industry when she appeared in BBC Three’s Britain’s Missing Top Model, where eight women with disabilities competed. Sophie emerged as the runner-up, which later led to her being chosen as the face of Stella McCartney’s 2012 Adidas Olympics collection. Other TV work has included critically acclaimed documentaries License to Kill and The World’s Worst Place to be Disabled. In 2013, she was named Ultimate Campaigner of the Year in Cosmopolitan’s Ultimate Women Awards, is a consultant for charities Scope and Back Up and is known for her educational work within road safety collaborating with BBC Learning and Drive IQ. 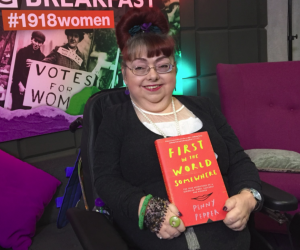 Penny Pepper is a genre-defying writer and well-known rights activist. She wrote the taboo-breaking book Desires Reborn in 2012, and in 2013 she won a Creative Futures Literary Award. In 2014 her one-woman spoken word show, Lost in Spaces, premiered to strong reviews at Soho Theatre, and then toured in autumn 2015. She has appeared as a guest on the Victoria Derbyshire show, Newsnight, Sky News and BBC Radio5Live Hitlist. She has written columns for the Guardian and Access magazine and a blog for Mslexia magazine. 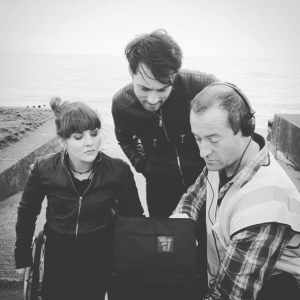 In 2016, Ruth was nominated for a Leading Actress BAFTA award for her role in Don’t Take My Baby. Since then Ruth has completed filming for a major ITV series The Level in her first non-disability specific role, something she sees as a milestone for the industry’s representation of disabled people. After being born with spina bifida and scoliosis, Ruth has trouble walking and uses a wheelchair. Ruth says: “Having the opportunity to play the lead in Don’t Take My Baby was an unbelievable experience – not just for me as a ‘disabled actress’ but also for the chance to be a role model for other young disabled people who want to see more inclusion within the media. She adds: “There’s a long way to go, but I’m very excited to hopefully be a part of that change, where I can be an actress first and a disabled actress second.” 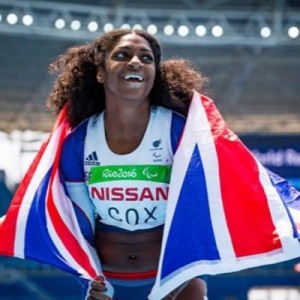 Kadeena competes for Great Britain in athletics and in para-cycling. In Rio 2016, Kadeena became the first athlete to win gold medals in multiple sports since Isabel Barr in the 1984 Summer Paralympics.

After winning gold medals and breaking world records in the women’s C4-5 cycling time-trial and the T38 400m sprint; winning a silver medal in the T35-38 4x100m relay and a bronze medal in the T38 100m, Kadeena was chosen to be the flagbearer for Great Britain at the Closing Ceremony.

Prior to her strokes and diagnosis of multiple sclerosis, Kadeena competed as a sprinter, clocking a personal best of 11.93s in the 100m at under-17 level and winning major national medals. She also competed in the winter sport of skeleton. Studying physiotherapy at Manchester Metropolitan University, in her short career Kadeena has picked up three World Championship golds and one bronze and two Paralympic golds, one silver and one bronze. She says: “I decided, MS isn’t going to define me. My life doesn’t revolve around MS, MS revolves around me. Adding: “Running, you see, has been my big thing for years. I don’t know what I would have done otherwise. I am sure that I would not have recovered anywhere near as well if I had not had this to strive for. It has helped me massively from a physical perspective, and it has also enabled me to control certain parts of my condition. I would have been a lost girl without my sport.” 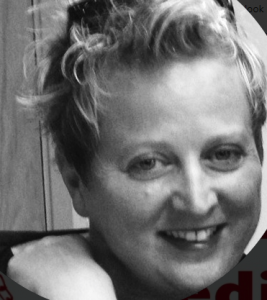 Jenny has been the artistic director of the Graeae Theatre Company since 1997. In 2009, she was awarded an MBE in the Queen’s Honours and became an artistic adviser for Unlimited 2012 Festival. In 2012, Jenny co-directed the London 2012 Paralympics Opening Ceremony alongside Bradley Hemmings. She also won the Liberty Human Rights Arts Award and was named on the Time Out London and Hospital Club Club100 list of the most influential and creative people in the creative industries. Jenny became deaf at the age of seven. At the time she danced ballet and was suddenly unable to hear the dance instruction. Her teacher, however, simply told her to follow the person in front of her and she has never looked back. She continues to break down barriers for disabled people in the arts and in February 2016, Graeae’s co-production of The Solid Life of Sugar Water ended its tour at the National Theatre, for the first time in the company’s history. In October 2016, Graeae launched Ensemble, a £10,000 crowdfunding campaign to give deaf and disabled creatives training and work experience in the arts. 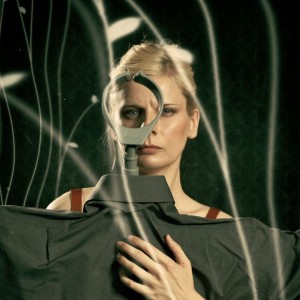 Claire is a multi-disciplinary performer and choreographer based in Glasgow. She was born with osteoporosis and performs on crutches. She began to work in dance in 2005, after working with US choreographer Jess Curtis, who kindled her interest in movement. This led to her pursuing her own training with various practitioners, including a mentorship with Bill Shannon (aka The Crutchmaster). Since then, she has developed her own movement vocabulary often rooted in the use/misuse, study and distortion of crutches. Her work includes the critically acclaimed solo show ME (Mobile/ Evolution), which continues to tour internationally following a successful run at the 2009 Edinburgh Fringe Festival, earning her a Herald Angel Award. In 2011 she was awarded an Arts Admin Bursary, and through the Unlimited Commissions for the Cultural Olympiad created 12, a large-scale group work for Candoco Dance Company. In 2014 she created a new solo: Give Me a Reason to Live, inspired by the work of Dutch medieval painter Hieronymus Bosch and the role of beggars/disabled people in his work, and the full-length show Guide Gods, looking at the perspectives of the major Faith traditions towards the issue of disability. Claire, who has appeared in the top 30 of the Hot 100 list of most influential figures in arts and culture in Scotland, also performed Give Me a Reason to Live at the Edinburgh Fringe Festival where it was nominated for the Amnesty International Freedom of Expression Award and received five-star reviews. 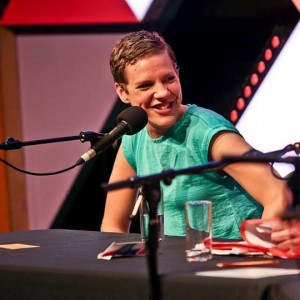 As a comedian, Francesca has toured internationally, including sell-out runs at the Edinburgh Festival, the Melbourne Comedy Festival and the Just For Laughs Festival in Montreal. As a campaigner, she spent a year getting the 100,000 signatures required to trigger a debate in Parliament on welfare reform and its effect on disabled people. Using her award-winning humour, Francesca, who has cerebral palsy, talks passionately about facing fear, the profound power of positive thinking, gaining the right perspective and questioning society’s values in her critically acclaimed memoir, What the **** is Normal?!, which was nominated for The Bread and Roses Radical Publishing Award. As a youngster Francesca had a regular part in the BBC children’s drama Grange Hill, becoming one of the first disabled actors to have a significant role on a popular TV programme. In November 2016, she was the guest curator at Sheffield’s Off The Shelf Festival of Words, which featured a day of inspirational talks and events. She also teamed up with Network Rail to launch a new campaign to improve disabled passengers’ experiences of travelling by rail. Another recent highlight for was supporting Frankie Boyle on tour.