In Depth - Power of Attorney 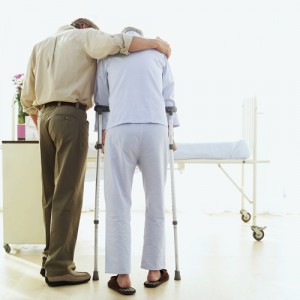 It’s important to have a plan for tomorrow, not only along the lines of what you want to achieve and do with it but also taking into account what’ll happen if things go wrong; if you become ill and unable to explain how you’d like your affairs, both in terms of finance and welfare taken care of.

Power of Attorney is the passing of authority to a trusted friend, relative (or even professional, such as a solicitor) to deal with aspects of your affairs. In simple language the person passing over the authority is called the ‘Granter’ and the person taking on the responsibility for looking after them is called the ‘Attorney’.

On the face of it, you might shrink back and think that such things are too important and too personal and that asking someone to run all or part of your affairs would be like handing over control of your life. Well, it is, and it isn’t.

As we all get older, and as more of us survive for longer it is increasingly likely that our age will disable us or add to our disabilities in unexpected ways. Stroke or dementia can take away our ability to think clearly and make good judgements and decisions. Naturally, it’s always difficult to imagine these scenarios and just as difficult to talk about them, but we must. In fact, by not talking about such things we leave ourselves open to having decisions taken on our behalf that we may not agree with, not to mention causing distress to those that care about us.

By setting up a Power of Attorney, the Granter is able to specifically outline how they’d like their affairs to be run, this might include financial matters, property matters and even their personal welfare. Sometimes, a Power of Attorney is set up on the well-meaning advice of others but it is always the decision of the Granter as to how much ‘power’ is granted.

It’s become well known that leaving a will is good sense and today it’s becoming increasingly recommended that people consider Power of Attorney. These things are often difficult to say but even if you, as a disabled person, are expected to have a full life tenancy and are not expecting to see deterioration in your condition a Power of Attorney can be important if the unexpected or accidental happens. Even if you read this as a parent of disabled children, you should be realistic in accepting that you don’t know what’ll happen tomorrow. I’m talking about the classic ‘might get hit by a bus’ scenario but it does happen – and if it did, what then? Isn’t it better to know that in those circumstances, your wishes would be carried out – and your kids would be taken care of in the way you’d like?

Who you select as your Attorney is again up to you but should be carefully considered. You shouldn’t just think about appointing someone capable of making good decisions; you need to trust that they’ll make decisions that would be similar to yours. This is particularly the case if you have strong moral opinions or religious views. It’s helpful if the Attorney has a similar world view and a similar set of values to the Granter. With this in mind, it’s no surprise that people generally choose their spouse/partner or their children (to be their Attorney). After all, they know each other intimately and would be immediately alarmed if actions were being taken that would go against the grain of the Granter’s character.

Ideally, an Attorney should be someone who is available in person. Your cousin in South Africa, for example (assuming they are over 18) could be selected, but imagine how tricky it would be for them to understand your day-to-day. From a practical perspective it makes much more sense for the Attorney to be close by since they’ll have to make small decisions as well as large ones and some that will be required on an urgent basis. 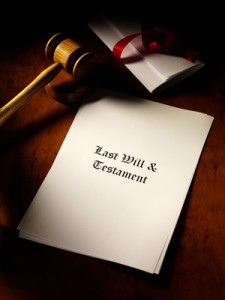 In this instance there are alternative arrangements that can be made that amount to the same responsibilities but they have a different foundation. In Scotland a Guardianship Order and in England a similarly styled Deputyship can be set up in order for other people to make decisions for a person that cannot properly do so. The immediate complications with these instructions are that they are more expensive and time consuming to set up because you’ll have to take out a court action and are likely to need somebody to legally act on your behalf.

In a sense a Deputyship is a sad and unnecessary conclusion where swifter action might have been taken. To add to the difficulties, if you are granted a Deputyship, you’ll be expected to run it as tightly as you would a business. Every financial decision you make on the person’s behalf will need to be recorded, down to buying their socks. Receipts need to be kept and submitted for inspection on an annual basis. (This of course is to protect against fraud and theft.)

Because everybody is different and has different variables to consider, there is no Power of Attorney template available. It’s important for the Granter to understand what they want and for the potential Attorney to feel confident about carrying out their wishes. With this in mind, there are different types of Power of Attorney agreements. Power of Attorney should contain either continuing financial powers, welfare powers or a combination of both. Whilst combined powers are the most common, a separation may be advisable if matters are complex or sensitive.

A continuing welfare Power of Attorney is likely to be what most people think of as the classic scenario. Once a GP has said that the Granter cannot give proper instructions the Power of Attorney comes into play. The arrangement is that when the Attorney needs to make a decision about the affairs of the Granter, they show the relevant person/body at say, a bank or building society their agreement – as proof that they have power to decide/act for you. Until the Granter has gone beyond the point at which their GP says that they cannot make decisions properly, it is possible to retract the Power of Attorney document altogether. (Retractions are quite rare because people generally understand the safety of Power of Attorney and many more of us know somebody that has been touched by circumstances where such a move would have helped.)

Power of Attorney is an increasingly popular idea. More solicitors and financial advisors are advising setting them up and because we are concerned about our own future and the futures of those we care for, they are now largely seen as a very sensible idea to have in place. If you were to approach a solicitor in order to make a Will today, there would probably follow a conversation about the importance of Power of Attorney. This isn’t a case of the solicitor trying to strike whilst the iron is hot nor is it scaremongering. The two documents complement each other and serve different purposes.

The essential difference between a Will and a Power of Attorney is that a Will takes care of your wishes regarding assets and the like in the event of your death (which is inevitable). Unfortunately, a Will cannot be exercised until you are dead and so it is useless in any other event. Power of Attorney on the other hand helps you to control the manner in which your affairs are handled should something happen to you, such as accident or illness or deterioration in your condition (which is not inevitable but also not foreseeable). Having a disability can be complicated and difficult enough so it’s good to know that once you’ve got a Power of Attorney in place, if the worst does happen, things like your benefits, for example, can be properly managed by someone you trust to make decisions for you.

Acting Before It’s Too Late

The consequences of not having a Power of Attorney could be serious. For one thing, you may not realise it but even if you are married but have a single name bank account (perhaps as well as a joint account) your spouse would be denied access to your funds without your permission. If you can’t give your permission there’s going to be a problem, especially if your spouse wants to access your funds in order to use them for something that’s going to help you. A nursing home for example, will certainly want to care for you but cannot do it for nothing and will need to know who is going to pay for the care. If there is no Power of Attorney in place your assets may not be accessible to the people who are trying to do the best by you.

At the real extreme end of things some Powers of Attorneys literally carry life and death decision making powers. An advance directive such as one stipulating a ‘do not resuscitate’ instruction cannot be implemented according to the Granter’s wishes unless things are put in order beforehand.

It may well be the case that you have somebody all but carrying out the role of Attorney anyway, in which case the Granter needs to formalise things before it’s too late. It’s about taking responsibility for the people that in turn take the responsibility of caring for you. A Power of Attorney helps people to help the Granter. It can be quite an onerous task but we’re probably talking about a person close to you and who is willing to help you.

The two essential duties of an Attorney are simply: to manage the Granter’s affairs as they would do so themselves and to consider and safeguard the beneficiaries of the Granter’s estate in the event of them dying, by being responsible with their affairs. It’s quite a tall order and your Attorney should be selected with great care, but good guidance is available.

First things first, though. Have that conversation.

Things to Remember About Power of Attorney:

Have the conversation today.

Able would like to thank Edward Laverty, a partner with Miller Samuel LLP in Glasgow.

Have You Got A Power Of Attorney? MM Legal Is Here To Help