Nominations Open in February for the UK’s Largest Diversity Awards 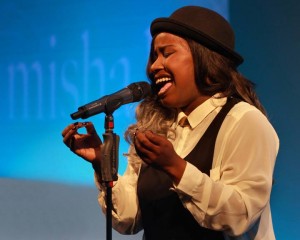 Your annual opportunity to nominate your own diversity role models One of Britain’s most well-known diversity awards celebrations are opening its nominations next month.

The National Diversity Awards in association with Microsoft is a celebration of the outstanding achievements of positive role models and community organisations across the UK.

A collection of some of the nation’s most inspirational and selfless people gather annually to recognise the country’s rich tapestry of talent. The prestigious black tie event showcases the extraordinary work of those who have demonstrated their devotion to enhancing equality, diversity and inclusion in today’s society.

The UK has taken such an event to their hearts receiving thousands of nominations each year, and organisers are gearing up to receive an influx of names of people that have made a difference in their communities.

Support for the event has come from a growing list of top employers and celebrities such as Stephen Fry, Claire Harvey and Sol Campbell.

Paralympic gold medallists Sarah and Barney Storey said, ‘Barney and I are delighted to support The National Diversity Awards. The rich tapestry of our nation comes from the fact we are blessed with talented individuals from across the globe who chose to work and live in the UK. Many are providing opportunities to others and inspiring less fortunate people from similar backgrounds to follow their dreams’

Patron Claire Harvey was one of only two openly gay athletes in the Paralympic Games. Harvey said ‘I am proud to be both an elite athlete and openly gay woman. The National Diversity Awards is a great opportunity to celebrate achievement irrespective of difference. I feel honoured to part of such an exciting event, where those who are making a real difference to our society every day are recognised’.

Singing Sensation Misha B added, ’The National Diversity Awards was one of the most inspirational award ceremonies I have been to.’

‘It was a pleasure to perform for such a diverse audience, and witnessing the amazing journeys of all the award winners made me proud to support this worthwhile cause. It’s my honour to continue celebrating diversity in all its glory during 2014!’

You can nominate a positive role model and community organisation under different strands including age, disability, gender, LGBT or race/faith/religion.

Public invited to put forward their nominations for the Sense Awards